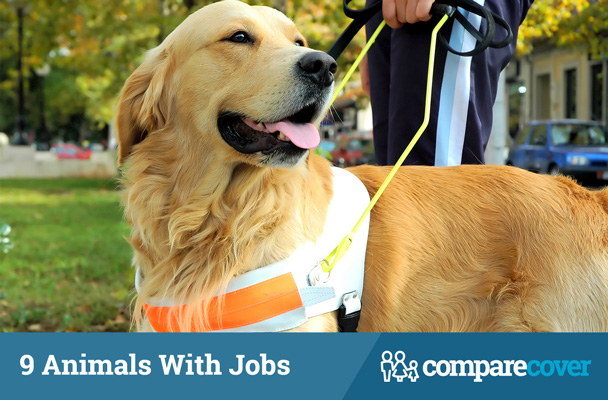 We've already looked at how much pets can cost over their lifetime. However, most pet owners would agree that the joy and love they receive from their precious pets far outweigh any financial costs!

For most animals their main job is simply to look cute, but some super clever creatures have bigger ambitions in life and do some amazing jobs. From helping the blind to detecting landmines, here's a list of our favourite animals with jobs.

Perhaps one of the most well-known dog professions, guide dogs offer a helping paw to those who are partially sighted or blind, with the aim of providing a better quality of life to those they assist. There are approximately 5,000 guide dog owners in the UK, so these furry friends have the all-important job of providing freedom of movement and companionship to those who need it the most.

Alternatively, a miniature horse can also act as a guide, as is the case of Digby, the first ever guide horse in the UK!

Chief mouser to the Cabinet Office is the title of the official resident cat at 10 Downing Street. Since 2011, Larry the cat has been fulfilling this role with pride and wit (just check out his Twitter account to see what we mean?).

Catching mice and other rodents may be his job, but Larry also enjoys lazy days and strolls outside the famous building.

Since the inception of the silver screen, animals have taken on the role of actors. From horses and dogs to cats, birds and pigs, animals have entertained us and stolen our hearts - which is not surprising, considering our love for animals is displayed in the number of pets we have: there were approximately 51 million pets in households across the nation in 2018.

One of the most famous examples of animal actors is Uggie, the Jack Russell Terrier that received numerous awards for his incredible performance in movies such as Water for Elephants and The Artist. These awards include a Star on the Hollywood Walk of Fame and a Cannes Festival Palm Dog Award.

Dogs are said to be a man's best friend, so it may not be surprising to learn they also help to detect seizures in humans.

There are 600,000 cases of epilepsy in the UK alone, and 30% of those are unable to control it with medication, so dogs take on the vital role of predicting oncoming seizures and can save lives.

Once again, dogs' incredible sense of smell can help us to perceive an illness before physical signs manifest. In this case, dogs are being trained by researchers at Manchester and Edinburgh University and the research charity Medical Detection Dogs to detect Parkinson's in skin swabs. The aim is to diagnose the condition before symptoms start to show.

We all know how amazing dolphins can be - after all, they're incredibly intelligent, talk to each other, cooperate with one another and even form human-like societies. They can also be trained to save other dolphins.

The vaquita porpoise is an endangered species of dolphin, with less than 40 of these mammals estimated, in 2017, to be alive in their natural habitat. The Mexican government aimed to use US Navy-trained dolphins to find and herd vaquita porpoises into a marine refuge.

Yes, you read that right, snakes are now being used in massages! It's no surprise that the most popular pets in the UK are dogs (24%) and cats (17%), though many people prefer more unconventional pets, such as snakes.

Such is the case of a hairdresser in Germany who uses a 13-year old python to massage his clients' necks, a technique similar to one he saw during a trip to South Africa. The snake is only 4-feet long and 90% of its body is muscle - ideal for massages.

One of the most dangerous jobs an animal can have is as a police dog. Dogs see the world mainly through scent, which makes them powerful allies in the fight against crime, from chasing after suspects to detecting trace amounts of drugs at airports. A 19-month old springer spaniel and a 20-month black Labrador were taught to detect USB sticks, SD cards and hard drives, which can aid the capture of fraudsters, for example.

Rats don't have the best reputation, but many people keep them as pets - and they do appear to be lifesavers. Another dangerous job for animals is as landmine finders, but these little critters excel at it.

They're trained to find landmines in countries such as Mozambique, Tanzania and Cambodia, and they do it faster than metal detector ever could: what takes these machines 25 hours, it takes rats 20 minutes. Rats are so light that they don't set off the landmines, which is a great advantage when trying to find and deactivate them.

They can also sniff out tuberculosis, another reason to stop seeing them as 'villains'.

Animals provide us with companionship and entertainment and can even save our lives! So, why not save your pet a job and compare pet insurance quotes online today with Compare Cover? 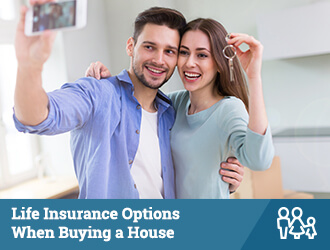 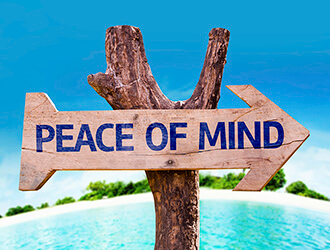 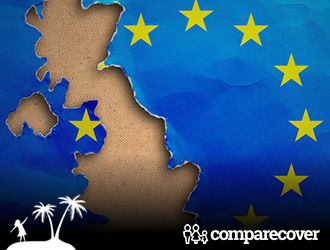